Tom Nardi and I were talking about his trip to the Vintage Computer Festival on the podcast, and he admitted to not having been a retrocomputer aficionado before his first trip. But he ended up keying some binary machine code into some collection of archaic silicon, and he got it. In the same episode, the sound of the week was a Strowger switch — the old electromechanical “brain” of telephone switching centers of old. The sample I used was from Sam of Look Mum No Computer on YouTube, who got one for his museum and thinks it’s just awesome.
Why do people like this kind of old (obsolete?) tech? It’s certainly not because it’s overwhelmingly capable — the giant old switch is replaced easily by a stack of silicon, and don’t even get me started on the old blinkenlights computer that Tom was keying on. In both of these cases, the people are significantly younger than the tech they’re playing around with, so that rules out nostalgia. What’s left? 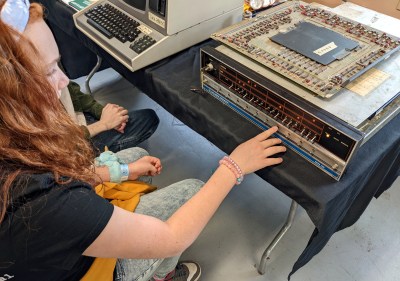